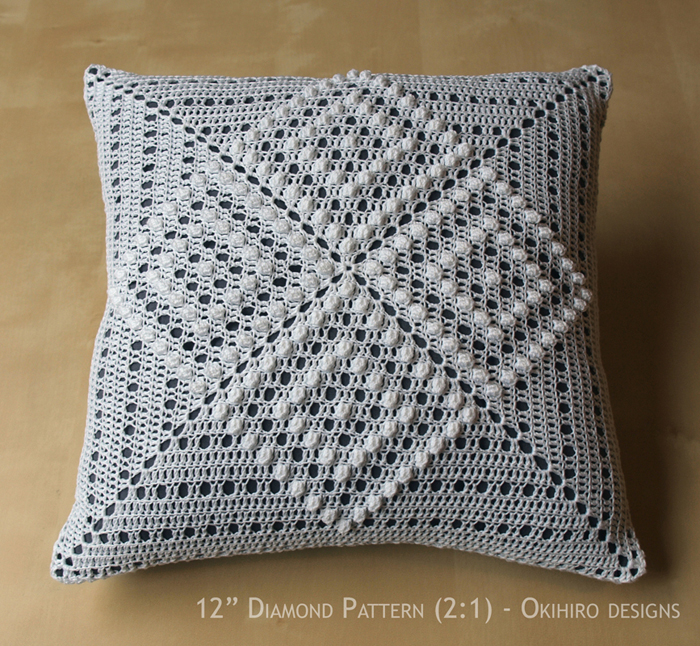 If ever there was a tried and true designs this would be it. It is so simple, but the repeating motif of the popcorn stitches and windows is so versatile. This is one of the designs that I find myself being able to go back to again and again.

While it could be said that “Square Pattern” would be a more accurate description it just doesn’t quite sound as right.

There are really two primary variations of this pattern and the one most often produced is what is known as the (2:1) version which refers to the ratio of the opening around the perimeter of the central diamond.

Etsy Listing if you would like one for yourself :: Similar Pattern(s) – Crabtree Pattern & Diamond Waves Pattern 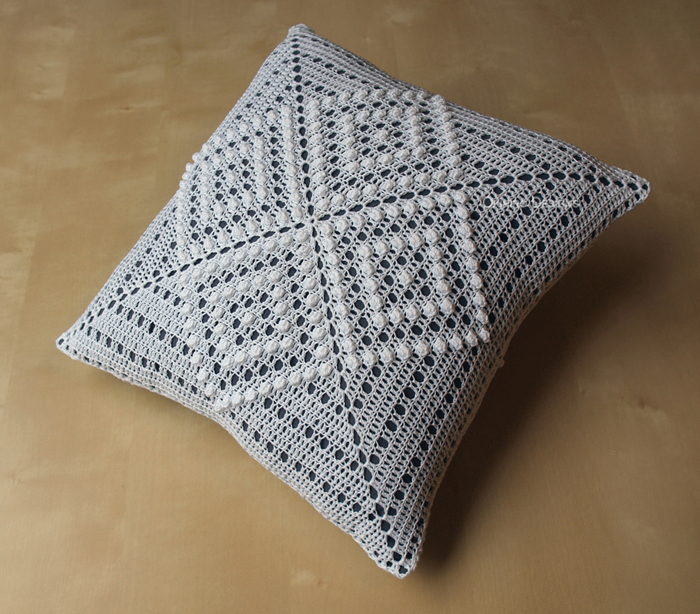